November 1969 saw the release of an album that echoed the cultural storm clouds that overcast the late 60s and helped define the definitive sound and enduring stature of The Rolling Stones. This is the story of Let it Bleed.

The album was written, recorded and released at a time of turbulent upheaval, both for the Stones and their contextual backdrop. Progress had been imprinted in the lunar sand by Neil Armstrong’s one small step and flower-power had bloomed to its most radiant apogee at Woodstock, yet war of world dividing ideologies raged in the jungles of Vietnam and the voices of Martin Luther King Jr and Bobby Kennedy had been silenced by assassin’s bullets.

For the Stones, death struck closer to home. The band’s founder, Brian Jones, was discovered dead in his swimming pool, aged 27, on 3 July 1969. Despite having been expelled from the band three months earlier, his death nonetheless came as devastating news for its remaining members, who rebranded the free concert they were due to play in Hyde Park three days later to showcase their new guitarist, Mick Taylor, in Jones’s memory. 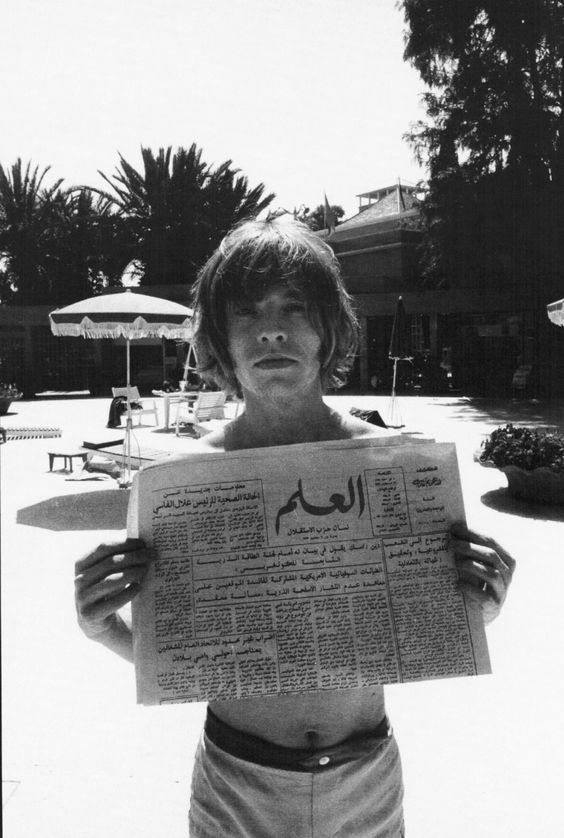 Let it Bleed’s recording sessions began in February 1969 and continued into November. They featured Brian Jones’s last contributions as a Rolling Stone and Mick Taylor’s first, but most of the album’s guitar work fell to Keith Richards. Stylistically, the album harks back to rock & roll’s predecessors — blues, country, gospel, a whisper of choral — all given fresh vitality by the Stones’ signature carnal ebullience. 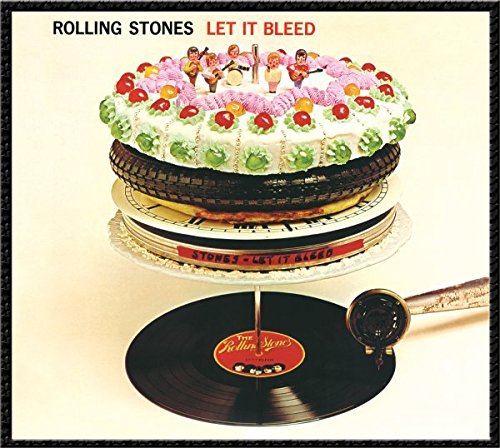 Let it Bleed’s cover, which features a cake baked by the then little known Delia Smith

The woe that lay within and without the band infused itself among the the album’s songs. In album’s opener, Gimme Shelter, Keith writes of the encroaching gloom “just a shot away” that had begun to shroud the increasingly erstwhile optimism of the 60s. Mick Jagger’s You Can’t Always Get What You Want wistfully laments the passing of the hippie generation’s rose-tinted nativity. Midnight Rambler, a collaboration curtsy of both Glimmer Twins, relates a vignette of the Boston Strangler which nods to the Manson Murders of August that year. All three quickly ascended to the canonical echelons of the band’s, even then, extensive song catalogue and remain fan favourites and set list regulars.

Let It Bleed was released during the tail-end of the final American leg of the Stones’ 1969 world tour. The album achieved instant critical and commercial acclaim, usurping The Beatles’ Abbey Road from number one in the UK charts and peaking at number 3 on the US billboard 200. 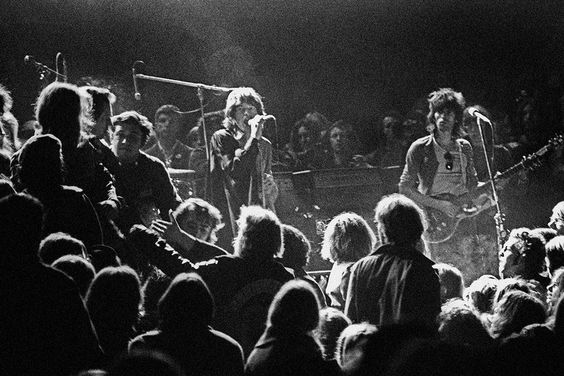 The Stones at Altamont

The era would however soon spite the Stones for the success they had garnered by recasting its mood in sound. The cacophonous exuberance of the Stones’ tour was due to reach its crescendo a week after Let it Bleed’s release at a huge free concert at California’s Altamont Speedway. Touted as ‘the Woodstock of the West,’ the show that ensued was anything but. Violence marred festivities from the off and reached a grim nadir with the fatal stabbing of a young fan in front of the stage by Hell’s Angels hired as security.

Half a century later, Let it Bleed remains a testament to its age — an album of beautiful beginnings, and violent endings. A musical swansong for a fraying decade.